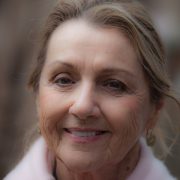 Charleine Guy is abstract mixed media artist who was born in Québec Canada. Her family immigrated to the United States when she was ten years old. She is the second child of David and Gertrude Guy and has four siblings. Being raised in a large French-Canadian family created an atmosphere of many things for her to experience and visually take in from to create he art. She first started her art journey when she was six at the French convent school’ “Marie Marguerite Bourjeois”. As she grew she excelled in many arts that included Singing, Dancing and especially painting.

As a young girl she had many influences. One large influence in her life was her uncle “Paul Tremble’”, who was a successful oil painter in Quebec. His landscapes of the four seasons were especially influential on Charleine’s young life. After her family migrated to the United States she attended Incarnation grammar school in Glendale Ca. She then attended holy family high school in Los Angeles where she took many art and performing art classes. After high school she got married and started a family. After successfully raising her children she decided to go back to school and major in art in particular, “Abstract and Mixed Media”.