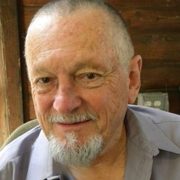 As an artist for 56 years, Dion has created an inspiring body of work. He strives for as little compromise as possible concerning his life and the creation of his work. “It is my deep belief that an artist is only as good as his or her ability to originate and to innovate…an artist lives creatively in all his actions or is a fake.” Dion was a Festival of Arts exhibitor from 1959 to 1964, a tail-end participant of post-Beat San Francisco culture, including the Batman Gallery, and participant of the shift from Beat to Flower Child. He painted the Taxonomic Mandala (details seen in the background of this website) in a corncrib in Woodstock, New York in 1965 and ’66, while being ensconced within USCO, and showing at “USCO Down by the Riverside”, NYC. He also “sampled the airs” at Timothy Leary’s Castalia Foundation in Millbrook, NY during that time. As a 1967 participant in Stewart Brand’s “Whatever It Is” media Festival at San Francisco State, Dion bore witness to the Summer of Love, while having a one-man show at the Canessa Gallery of Montgomery Street in San Francisco. Dion returned to Laguna Beach in 1967 to manage the art gallery function of Mystic Arts World. He is currently the maker of many mostly-representational sculptures in welded metals, and the author of five books, the first of which is Tempus Fugitive, available October 2015. Dion’s artwork can be seen online here, or at Don Beres Gallery (includes an extended Bio), and in person at the Sawdust Festival (a show he co-founded in 1968), which runs annually from late June through the end of August.