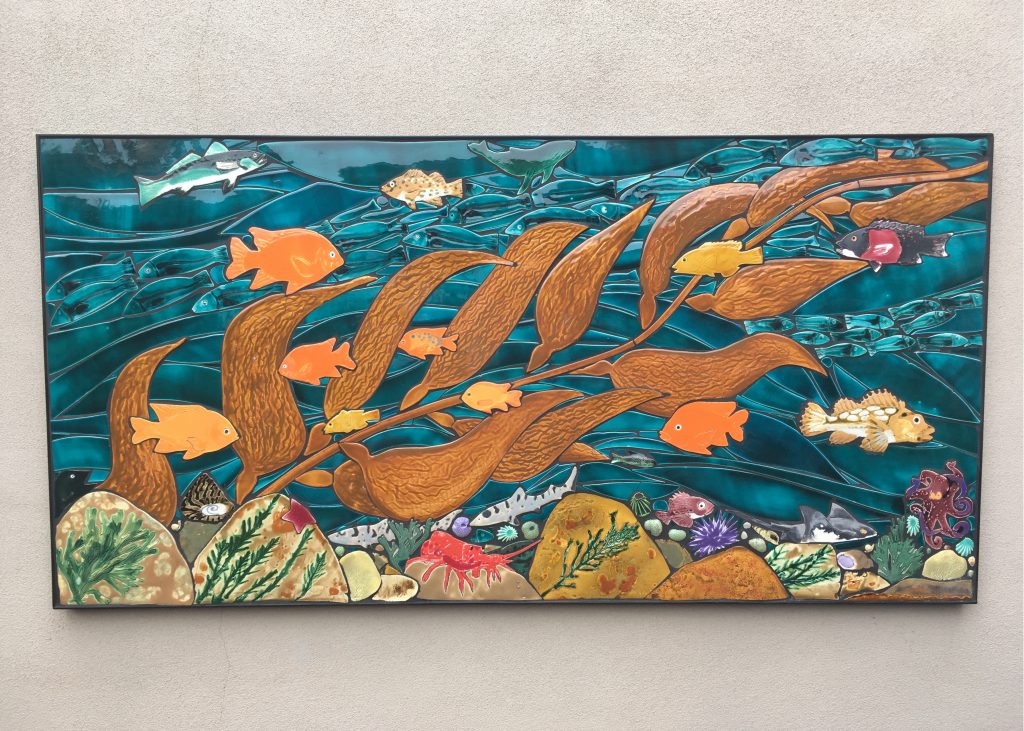 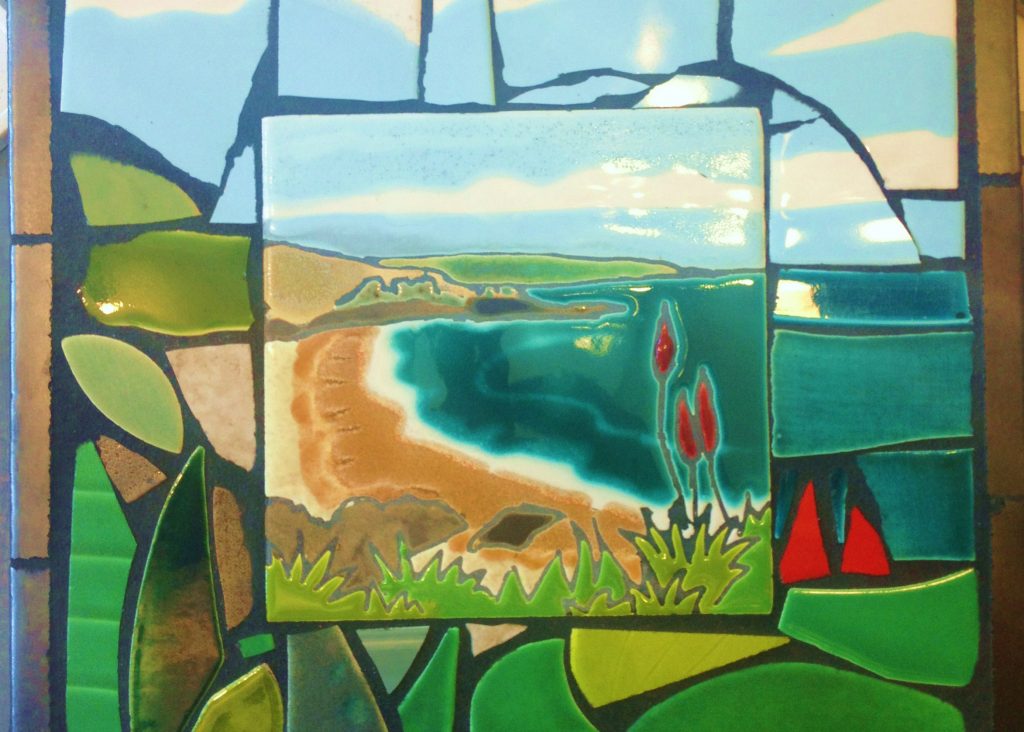 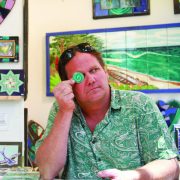 “What we know about ancient cultures, we know from their ceramics. I’m interested in the fact that ceramics endure a long time and have been used as a means to store information, like that of carved stone. I get to leave a lasting mark on the world, an impression that will outlast myself and possibly several more generations.” Meet Jesse Bartels. Mosaic ceramist and second generation Sawdust artist. Jesse grew up on the grounds as a Sawdust kid in the 70s, helping out at his father Marlo’s booth. He developed a love for ceramics at a young age, moving on to manage the ceramic demo booth in the early 90s before becoming an exhibitor himself. His one-of-a-kind mosaics are colorful, inspired, sometimes spontaneous, and other times irreverent. They have a magnetic way of drawing you in to inspect every unique detail, intention, and whimsy. Talking with Jesse, he left us with a final thought on his work; in his own words, “I’m here to confuse future archeologists!”