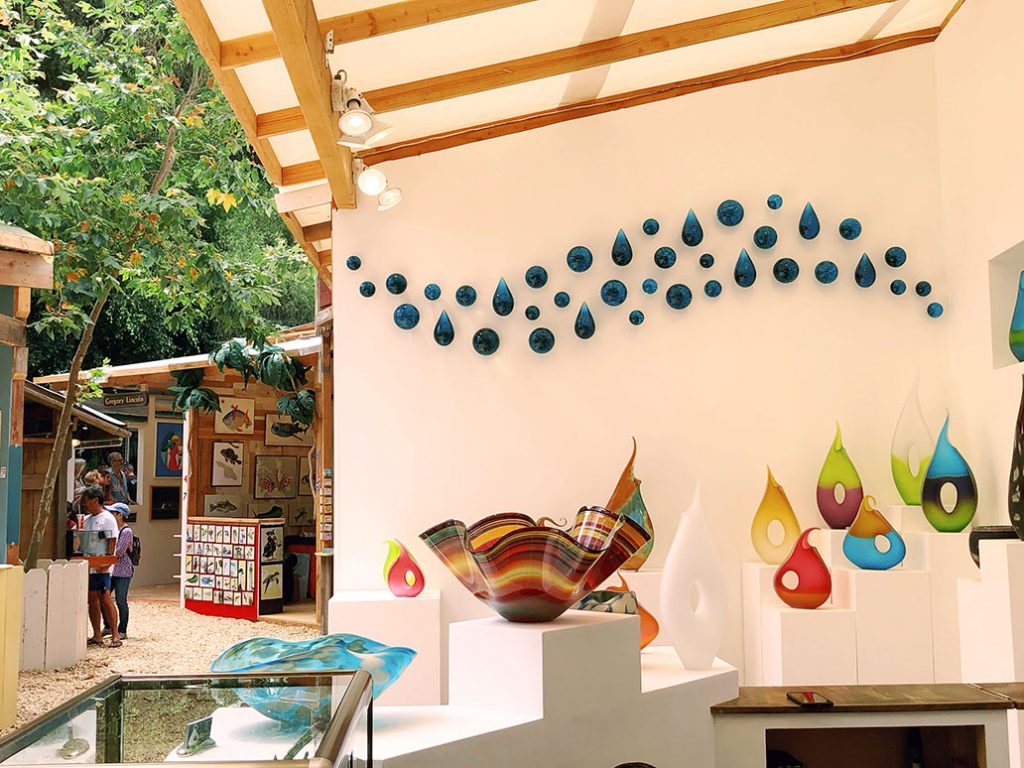 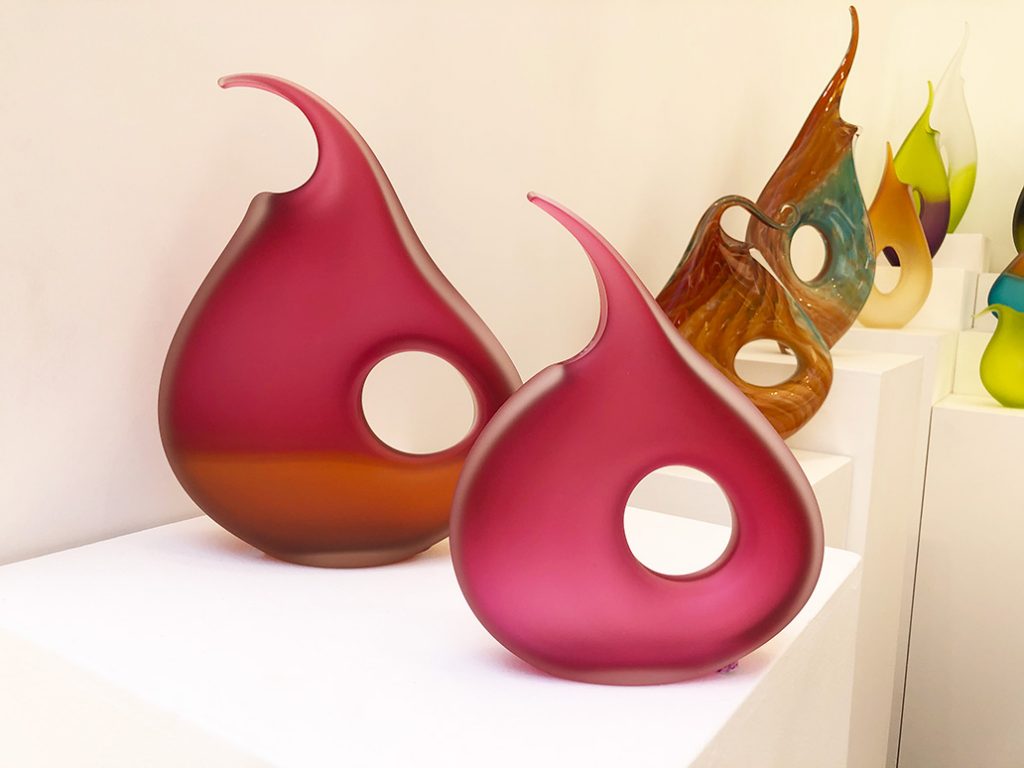 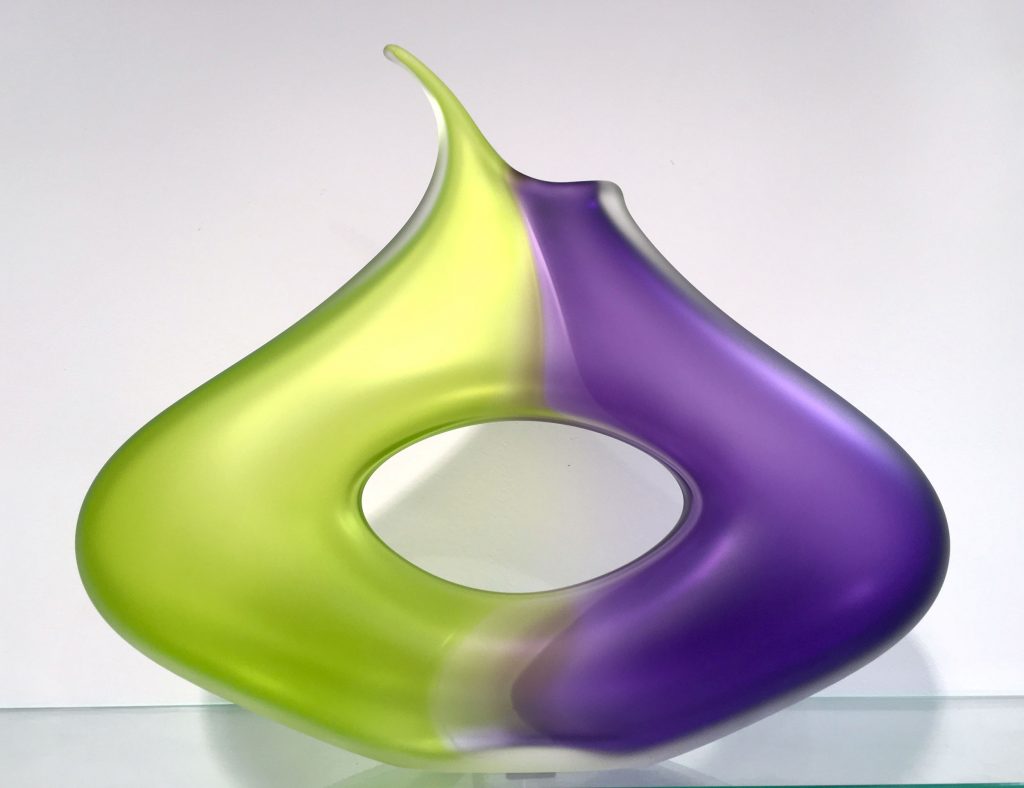 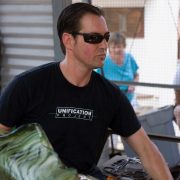 The Creative Process: Each new work starts with a sketch, usually my sketches are somewhat playful and spontaneous as I seek to find new forms and ideas that are purely not derivative. Once I feel the excited about the new forms and or ideas I have on paper, then the challenge how to produce it in this wonderful but very challenging medium Hand blown glass. In the studio the execution of each new piece takes some time. We start off with a plan but usually it takes a few tries before able to execute it successfully. During the physical making of the piece the idea can evolve, as I see the two dimensional drawing come into three dimensional physical form. The idea is to have control and be able to make what you want, but in glass letting it speak to you and working with the medium rather than forcing it produces more organic forms with fluid lines which is what my work is all about.

Marcus A. Thesing was born and raised in Southern California, and first became interested in art at a young age. His father, being a sculptor as a young man, always having figurative sculptures around as he grew up, influenced him and motivated him toward sculpture and three dimensional art.

While attending Orange Coast College he obtained an AA degree and prepared to transfer to a university, he explored almost every art class they had to offer, from figurative sculpture and drawing to computer graphics and photo, 3-D color and design, painting and bronze casting.

He was absorbing techniques and finding focus when he met John Barber, a master glassblower living in Laguna Beach. John invited him to visit his glass studio to witness molten glass being made into art. Upon that visit, John said “step up and take a gather”, Marcus was overwhelmed, the glass is so fluid but yet so strong, it was surreal, and instantly he was hooked. Finally after four years of exploring all different mediums, he knew that he found the one “glass”. That moment, at John’s studio, he had a flashback to when he was a young boy, his parents would take him to the Sawdust Festival in Laguna Beach to watch the glassblowers, John was one of those artists.

John Barber, seeing his enthusiasm, then offered him a three year apprenticeship to explore the medium and assist him in making works of art. After three years of engaging the glass, Marcus felt that he truly yearned for more development of his skills before designing his own work, so he stayed to work with John for six more years.

Those years were a very valuable time for Marcus to hone his skills and learn new techniques, develop designs and sell his own work. Marcus’s love for nature very much influenced his artwork, and through developing his own line of work, nature played a big part in color patterns, and in shapes of the glass, together forming a very organic look.

After nine years of working for the master glassblower, John Barber, it was time to move on. He could learn no more from John and had a strong desire for his own studio. For Marcus Thesing, in 2003 the dream came true, building his own glassblowing studio. Now he has more time to focus on creating new designs and ways to express himself with this molten medium which he loves glass.