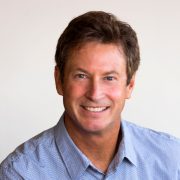 Robert was drawn into his work with clay twenty-eight years ago and has been actively pursuing the ceramics spectrum ever since. Ceramics is a complex craft, requiring controlled physical and mental discipline, the magic of the fire, and dabbling in the crucible of nature. After many years creating functional and traditional ceramics, Robert’s interests have shifted toward two much more unpredictable and spontaneous methods, “raku” and “saggar” firing. This shift in style has presented the artist with exciting and demanding new challenges. Robert is a native of Laguna Beach California, graduate of the University of California at Santa Barbara, and annual exhibitor at the Sawdust Art Festival. He is also a member of the Laguna Beach Craft Guild. His work has been featured at the prestigious Montage Resort in Laguna Beach and displayed in galleries and design showrooms across California. His ceramics can also be found in large corporations and have made their way into the hands of private collectors internationally.